Shortened URLs - Where and Why are they used?

It is the case that the best domain names in the .com TLD (top level domain) have already been taken and that shorter domain names which make any sense are hard to come by. Adding prefix and suffix terms to sensible phrases may get a URL that makes sense but then it is getting to be a rather long name.

One alternative is to seek other TLDs such as .me which originated as a country-specific domain that has been offered to the greater Internet interest. However, the .me TLD does not garner the same "respect" and search engine recognition as the .com TLD. The .us TLD is so low in demand that domain name registrars are offering it at basement prices around $4.00 per year.

Long domain names lead to long URLs which are cumbersome to type out, especially on mobile devices. This is the key motivation to desire shorter URLs. An extreme example might be Twitter which allows 140 characters maximum in its tweets so keeping message length to a minimum is particularly important. Shortened URLs are needed in tweets.

Over the Internet years, there have been a number of providers of shortened URLs through URL redirection services. It is indeed a useful function on the web so much so that Google has been using such an internal service for a few months for Google services such as Google Toolbar and Feedburner. In September 2010, Google offered the URL shortening service to the general public. With its own short goo.gl domain name, it is the latest player in the business of offering a shortened URL redirection service.

In order to provide a short URL, the providers of the URL shortening service must themselves have a short domain name. The choice of lesser demanded TLDs such as .gl and .ly are examples. Couple that with a catchy TLA (three letter acronym) results in a short URL. Domain names are an administrative and political issue, not a technical issue.[1]

The use of shortened URLs is not without drawbacks. 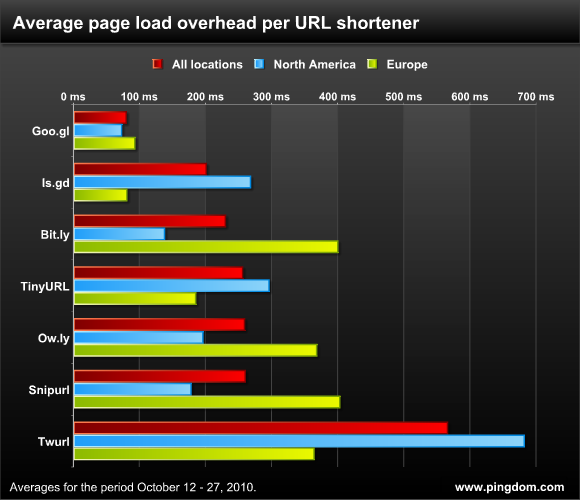 [1] If it were up to me, I would name the World Wide Web using .1, .2, .3, ... TLD domains (by geographical segmentation perhaps). I would eliminate the use of www altogether as a subdomain; it is superfluous and irrelevant. I would not use country-level TLDs as that is being circumvented anyway. What qualifies someone to use, for example, .gl and .ly, or .me? Oh, the country with authority grants that right for others not in the country to be able to use the TLD. I would grant myself the authority using my new World Wide Web naming. As I said, it is a political and authority issue, not a technical issue.

Since I do not make the rules, I can only play by them. I took the opportunity to register my domain name This1That1Whatever.com with the goo.gl service. See my blog entry on my Google shortened URL.

Long domain names are not the only contributor to long URLs. It is typical to include the page title in the URL for SEO purposes.
Visit igtsoft.com for
your photography needs.

It ain't what you don't know that gets you into trouble. It's what you know for sure that just ain't so. - Mark Twain